ATTAR and Leonardo Australia forge new partnership in the Defence and Aerospace industries.

ATTAR’s strategic partnership with Leonardo ensures the Australian Defence Force has the sovereign capability within ATTAR to support its helicopter fleet at Leonardo’s state-of-the-art helicopter Main Gearbox Maintenance Repair and Overhaul (MRO) Facility at Fishermans Bend. The NDT (Non-Destructive Testing) testing will be delivered by ATTAR, Australia’s most extensive and recognised NDT training and testing provider with highly skilled staff who have supported the Australian Defence Force for over 30 years.

Melbourne, 22 April 2021 – ATTAR has announced today that it has partnered with Leonardo Australia to develop advanced NDT services at Leonardo centre of excellence in Melbourne, Australia. The state-of-the-art facility located at Fishermans bend is a joint investment with the Commonwealth of Australia. The facility will be responsible for supporting the Australian Defence Force as well as other owners and operators of AgustaWestland products in the region. 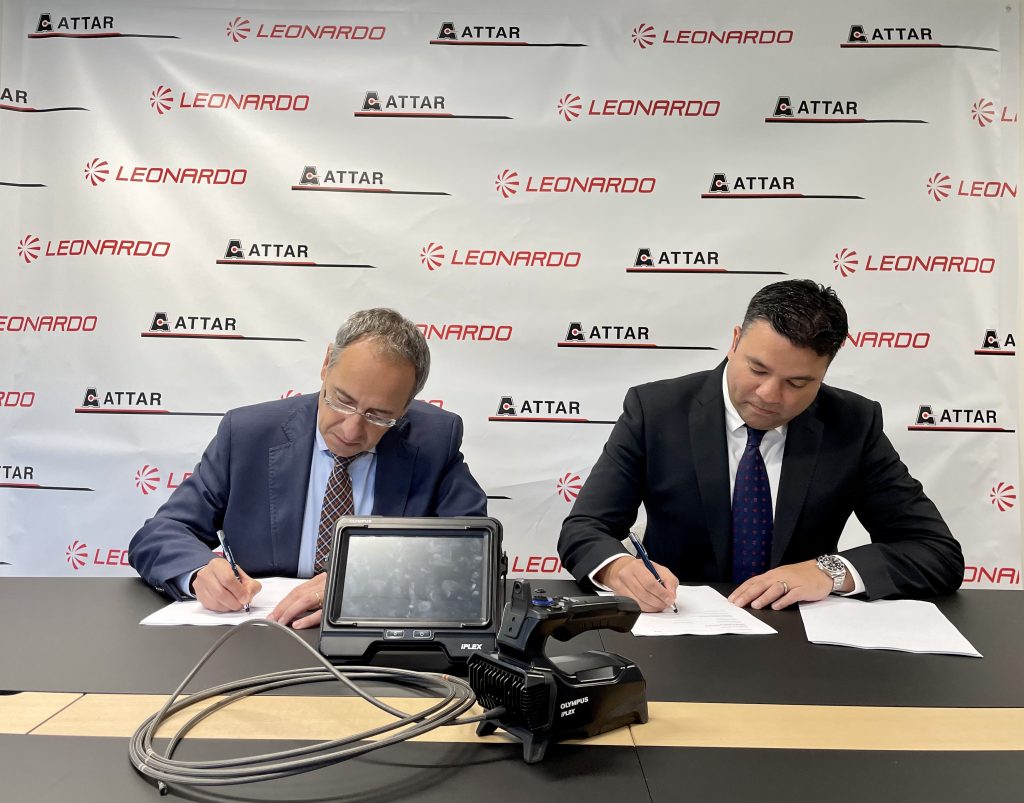 As part of Leonardo’s ongoing commitment to organic growth pathways in Australia and the Oceania region, Leonardo is establishing a helicopter Main Gearbox Maintenance Repair and Overhaul Facility (MROF) in Fishermans Bend (VIC). This state-of-the-art technology will place Australia at the forefront of aerospace dynamics support capability and will create high-level technology-based employment for Victoria and its aerospace industry. Giorgio Mantegazza, the Managing Director of Leonardo Australia, believes, “Our Fishermans Bend facility is a state-of-the-art centre built to service our Australia commitments. The partnership with ATTAR strengthens our position in the Australian market and will provide greater service for Leonardo commercial, public and defence clients locally and in the regional market.”

Leonardo’s facility in Fishermans Bend will enable ATTAR to deliver advanced NDT for key helicopter components under a recognised global standard. ATTAR CEO Glenn D’Costa welcomed the partnership saying, “This agreement is testament to the effort and investment made by both companies over the past 30 years in supporting the Australian Defence force. ATTAR is focused on delivering quality and excellence by supporting Leonardo in meeting its client commitments and regional service centre goals”. The partnership is a showcase of how a leading global company in Leonardo has identified and partnered with an Australian technology business to provide a critical service.”

ATTAR has provided NDT training and bespoke inspection and testing for over 30 years to a global market. ATTAR’s purpose-built facilities are located in Scoresby’s technology precinct in Victoria, Australia.

About Leonardo
Leonardo, a global high-technology company, is among the top ten world players in Aerospace, Defence and Security and Italy’s main industrial company. Organised into five business divisions, Leonardo has a significant industrial presence in Italy, the United Kingdom, Poland and the USA, where it also operates through subsidiaries such as Leonardo DRS (Defence electronics), and joint ventures and partnerships: ATR, MBDA, Telespazio, Thales Alenia Space and Avio. Leonardo competes in the most important international markets by leveraging its areas of technological and product leadership (Helicopters, Aircraft, Aerostructures, Electronics, Cyber Security and Space). Listed on the Milan Stock Exchange (LDO), in 2019 Leonardo recorded consolidated revenues of €13.8 billion and invested €1.5 billion in Research and Development. The Group has been part of the Dow Jones Sustainability Index (DJSI) since 2010 and has been named as sustainability global leader in the Aerospace & Defence sector for the second year in a row of DJSI in 2020.Leonardo Australia has been supplying Australia since 1885 and has a mandate to represent all Leonardo Lines of Business, Subsidiaries and Joint Ventures in Australia and New Zealand. The principle business activities of Leonardo Australia rest within helicopters, naval projects and electronics as well as a new Maintenance Repair and Overhaul Facility, currently being established in in Victoria.

See what other media say about the topic: